Think you know all there is to know about “Wildflowers?”

You might be surprised after watching “Tom Petty, Somewhere You Feel Free,” an intimate new documentary about the late rock legend’s seminal 1994 album. The film premieres Wednesday night at the virtual South by Southwest festival and is still seeking distribution.

Directed by Mary Wharton, “Somewhere You Feel Free” features never-before-seen footage from the “Wildflowers” recording sessions, as well as new interviews with Petty’s collaborators. The project comes on the heels of last fall’s “All the Rest” box set, which includes the full 25-song double album Petty had intended to release.

“Wildflowers” was his second solo album and first on Warner Bros. Records, after famously tussling with label MCA over artistic direction, music rights and unfavorable contracts.

“The story of ‘Wildflowers’ at the time it was being created was about a lot of people trying to go, ‘No, just stay in this pen and keep churning out hits,’ ” daughter Adria Petty says in the doc. “And he was always kicking that gate open and going, ‘No, I’m going to go hang out with my friends and make some music, and whatever I give you, you’ll be good with.’ ”

Tom Petty’s ‘Wildflowers’:Hear it as he envisioned with previously unreleased songs, home demos

Petty teamed up with Rick Rubin, still best known as a hip-hop producer, for the reflective, largely acoustic “Wildflowers.” The acclaimed 15-song set was recorded over nearly two years with most of his old bandmates from the Heartbreakers, as well as other session players.

The film touches on the so-called “quagmire of disharmony” between Petty and ousted Heartbreakers drummer Stan Lynch, along with Petty’s divorce from first wife Jane Benyo in 1996. Their marital troubles found their way into mournful album highlights including “Time to Move On” and “To Find a Friend.”

” ‘To Find a Friend’ is a beautiful little song, but subconsciously, I think it had something to do with my life because I was becoming disenchanted with my marriage at the time,” Petty says in voiceover. “The marriage was falling apart. I think that had an influence on what I was doing, though I don’t think I was trying to conceptualize that or make it about that. I was just trying to write a collection of tunes. I wasn’t really thinking along a thematic line. But when I hear it, I can see it was working in the back of my mind somewhere.” 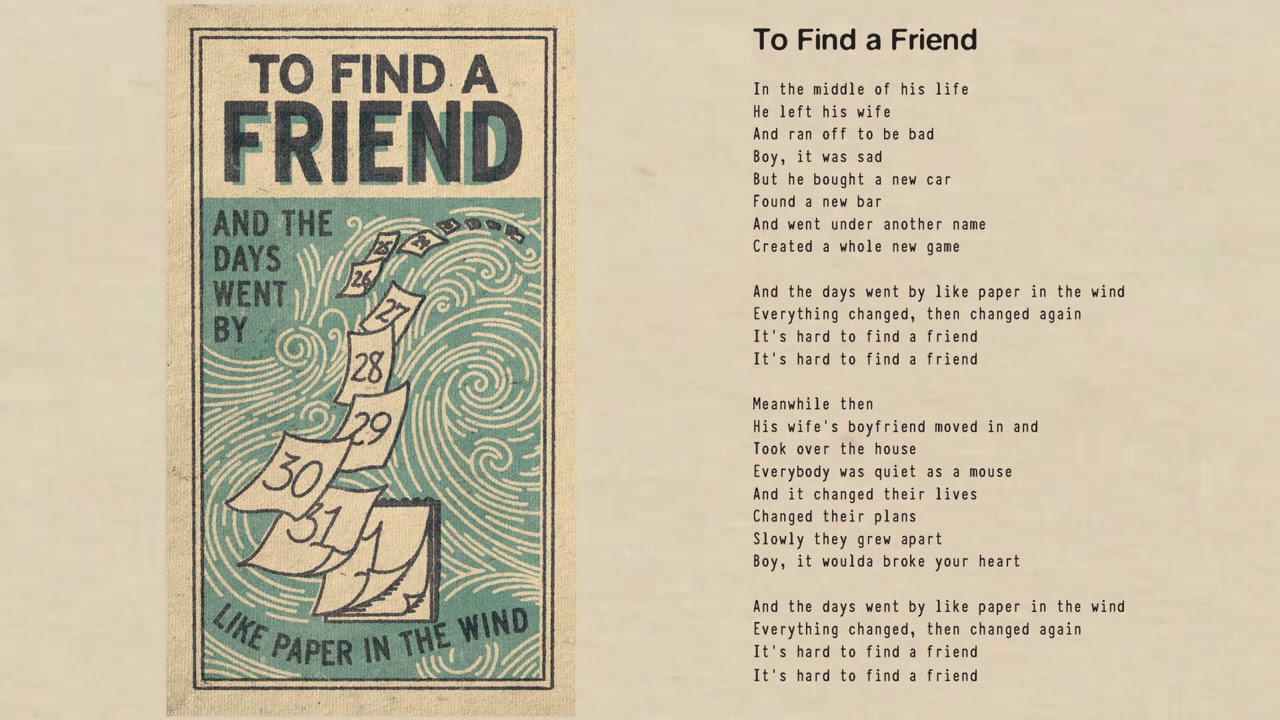 “Somewhere You Feel Free” aims to capture the great wit and lightheartedness of Petty, who died in 2017 of an accidental overdose at 66. It also lets original Heartbreakers Benmont Tench and Mike Campbell memorialize their late friend.

“I think it happens with a lot of artists – when you lose them, you appreciate them more,” Tench says. “You go back and take a look, and we’ve been doing a lot of going back and taking a look since Tom passed away.”

“It was emotionally hard, at times, to listen to songs of your friend who’s no longer here,” Campbell adds. “And other times, it’s just joyous, like, ‘Thank God we did that. We were really good.’ It’s a whole plethora of experiences on this record.”